The Interactive Systems Labs (ISL) with Prof. Alex Waibel as chair have one institute at CMU and one at KIT:

is located in the third floor (right wing) of the building 50.20 vis-à-vis the main entrance of the KIT - Campus Süd. A 50m walk from the tram stop "Durlacher Tor", just opposite building 50.20. 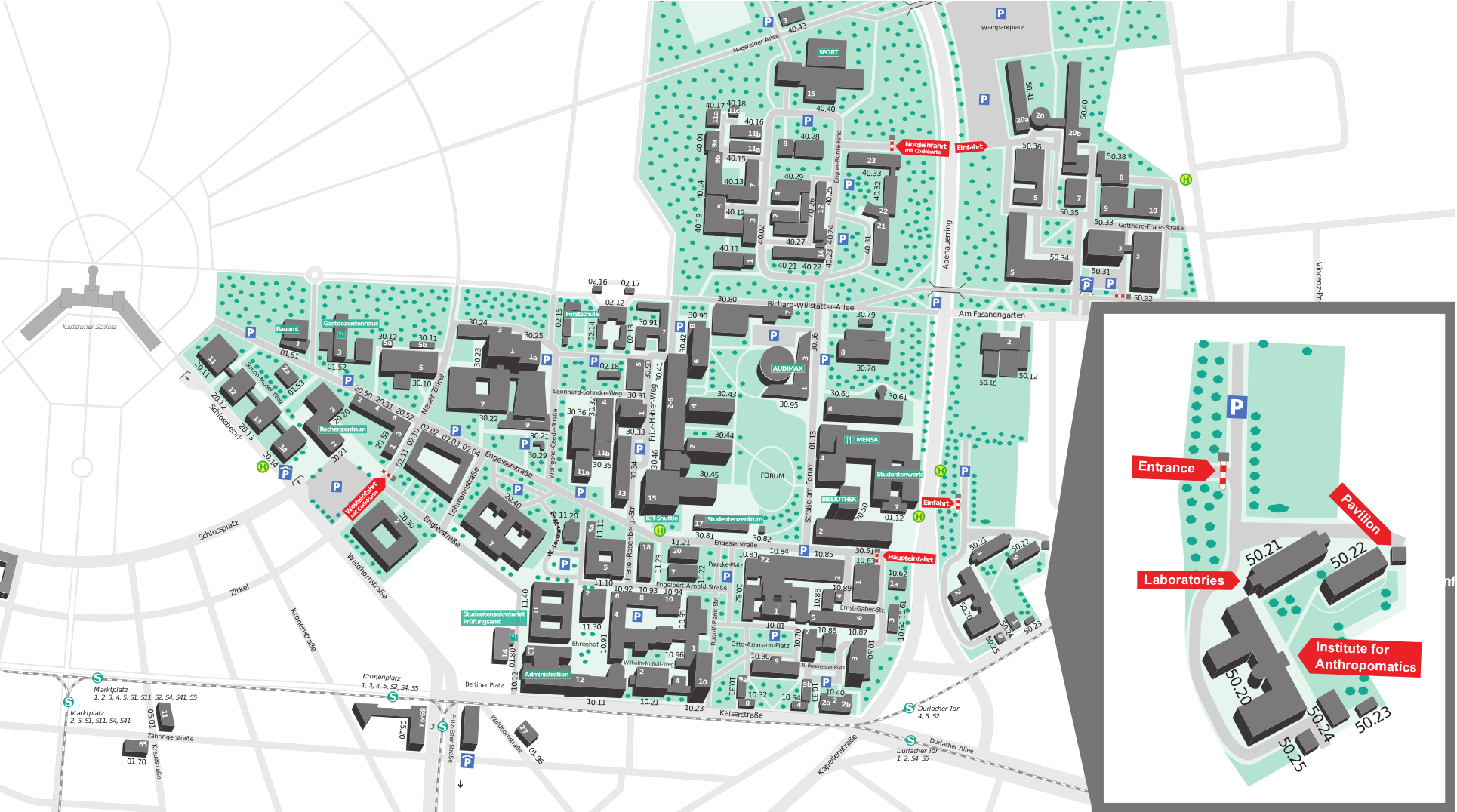 By train and public transport

Informations about railway connections and their time schedules can be found at the Reiseauskunf der Deutschen Bahn AG.

is the nearest local airport, about 40km from the city. The airport is now served by low-cost carrier Ryanair, which offers cheap flights to several European destinations. There is a cheap airport shuttle bus (Baden-Airport-Express ) (leaving 8 times a day on weekdays, 3 times a day on saturdays, synchronized with the flight schedule) to Karlsruhe Main Station. One-way-tickets can be bought from the driver (9 EUR, cash only, accepted currency: euro); alternatively, you can take a train or a tram-train to Rastatt or Baden-Baden and take a connecting bus to Baden-Airport. Through-ticketing is available, for current prices and schedules see (Karlsruher Verkehrsverbund (Karlsruhe Area Mass Transit Authority) )

is Germany’s biggest airport and is served by all major carriers that operate in Germany. It has a direct ICE high speed train connection to Karlsruhe (1 hour).

is reachable by train in one and a half hour.

- is about 200km from the city and reachable by car or a combination of train and bus. The airport is served by Ryanair and other low-cost carriers. To get to the airport with public transport you need to take a train to Heidelberg, Mainz or Frankfurt – there you can catch a bus to the airport.

Further info on how to get to Karlsruhe: http://www.kit.edu/kit/english/directions.php